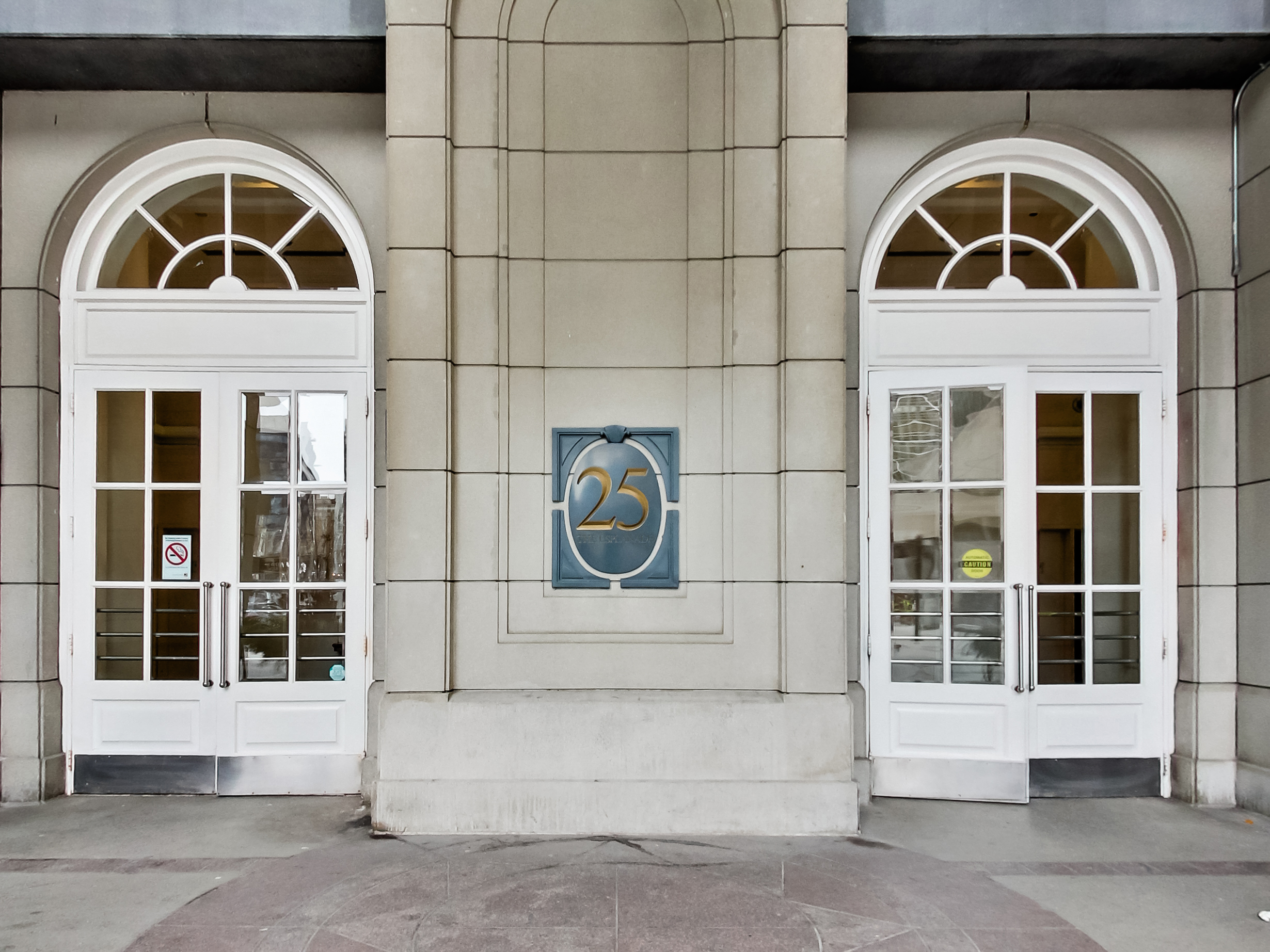 Are you looking for a Toronto condo for sale or rent with classic charm, a lot of suite options and a beautiful downtown neighbourhood to match? 25 The Esplanade might interest you.

Located on The Esplanade near Front Street and Yonge Street, this Toronto condo has a classic vibe, reminiscent of the nearby the iconic Flatiron Building. The Esplanade offers 551 units with a variety of suite sizes and layouts, some with 10-foot ceilings, floor-to-ceiling windows and a good list of amenities. Very close to the St. Lawrence Market and all the neighbourhood has to offer, the building is also within walking distance of Yonge Street, the Eaton Centre, and Union Station.

Classic appeal: Designed to resemble the Flatiron Building aesthetic, The Esplanade has a classic skyscraper appeal that may strike a chord in the romantic homeowner’s heart. If you like the idea of living in a timeless-looking downtown building, matched well within the antique charm of the St. Lawrence Market area, you should check out this building.

Soak and steam off: Of the many amenities to enjoy at The Esplanade, two that might spark your interest are the indoor whirlpool and the sauna. Unwind after a day’s work with a long soak and then really de-stress in the soothing sauna.

Start, step and go: The convenient location of The Esplanade in terms of travel and Toronto transit is really a benefit to note. Union Station TTC subway is one block away, there are buses along Front st., and the King streetcar is within walking distance.

25 The Esplanade was designed by Matsui Baer Vanstone architects, who also designed Grand Harbour condos in Toronto. Its Postmodern design references the Beaux-Arts style among others. It is noted for its similar architecture to other Flatiron buildings.

The building was completed in 1988. It was built as a residential condominium, which still holds true today, with a small amount of space for commercial use. 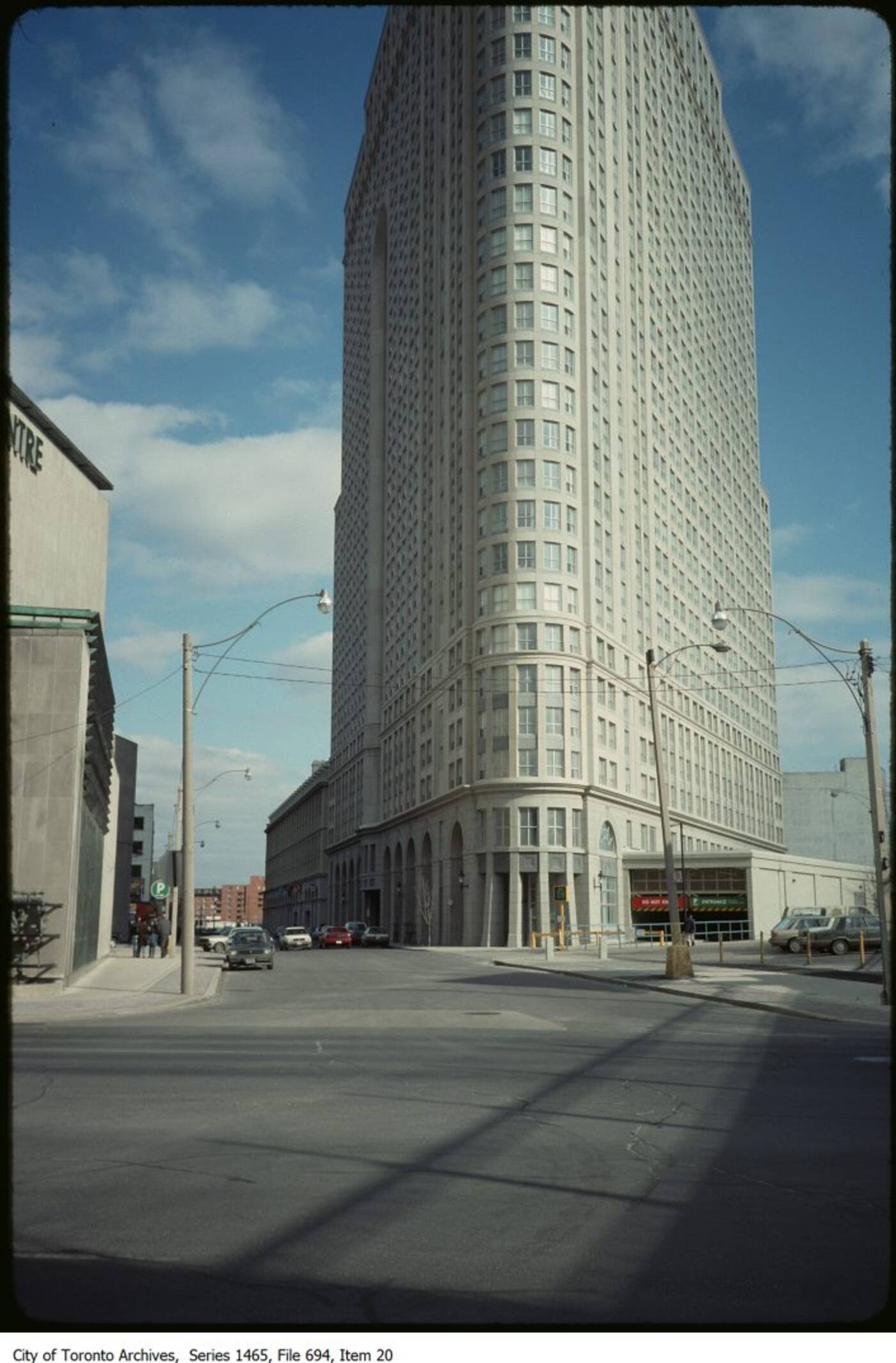 The area was infilled in 1865 and once the site of the old Yonge Street Wharf.

25 The Esplanade Toronto: Inspired greatly by New York City’s Flatiron building 25 The Esplanade is a 571 suite condo with 33 floors, 96.8m (317.59f) tall and was built in 1988 by Matsui Baer Vanstone Architects

Living within the St. Lawrence Market neighbourhood and only steps from Yonge Street and Union Station, you’ll have everything you need just outside your door. Enjoy the fresh meats, fruits and vegetables of the Farmers’ market. Check out great restaurants and bars along The Esplanade, Front and Wellington streets.
For groceries and other household items you’re very close to Metro on Front street, Loblaws on Lower Jarvis, and of course the St. Lawrence Market. There are also a few shops on the ground floor The Esplanade. 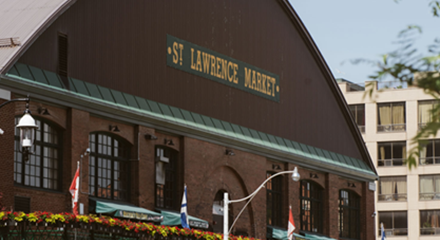 For an evening out, enjoy a film at Rainbow Cinema Market Square, watch a play at Canadian Stage, a show at the Sony Centre  or hop on the TTC for an adventure along Yonge Street.

Local green spaces can be found along the waterfront, Sherbourne Common, Sugar Beach, as well Berczy Park is only a short walk away.

There are many TTC options, King Street streetcar, or the Yonge-University subway line. The area is bicycle friendly, with new and expanding bike lanes on Richmond and Adelaide. If you own a car, you can hop on the Gardiner Expressway in minutes via the Lower Jarvis or south of Yonge towards the York St. ramp.